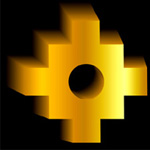 The F/A-18E/F Super Hornet is a combat-proven strike fighter with built-in versatility. The Super Hornet's suite of integrated and networked systems provides enhanced interoperability, total force support for the combatant commander and for the troops on the ground.

Both the single seat E and two-seat F models convert quickly from one mission type to the next with the flip of a switch to provide consistent air dominance:

k-fir
no escribas cosas que no vas a cumplr!...eso es " NO TENER PALABRA."

Design Features
Eurofighter Typhoon has a foreplane/delta wing configuration that is aerodynamically unstable in the subsonic range. The "delta canard" design shape of the aircraft is driven by a need for:

Low observability technology is incorporated in the basic design. The combination of low visual detection; low radar reflection; use of passive, systems; defensive aids; secure communications and the capability of supercruise supported by a cockpit, that gives the pilot a clear tactical picture and continuous and instant control over the level of emissions from the aircraft, ensure that the Eurofighter Typhoon has high survivability and the ability to operate independently from ground and airborne control agencies in dense electronic warfare environments. The Eurofighter Typhoon is, by any standard, a low observability aircraft with a fleet effectiveness superior to any other competitor.

Aerodynamic Characteristics
Perfection in airframe performance can give the pilot battle-winning edge, providing that airframe is part of the Eurofighter Typhoon Weapon System.

Eurofighter Typhoon has a foreplane/delta configuration which is, by nature, aerodynamically unstable.

With the Eurofighter Typhoon, in subsonic flight the pressure point lies in front of the centre of gravity, therefore making the aircraft aerodynamically unstable, and is why Eurofighter Typhoon has such a complex Flight Control System – computers react quicker than a pilot.

When Eurofighter Typhoon crosses into supersonic flight, the pressure point moves behind the centre of gravity, giving a stable aircraft.

The advantages of an intentionally unstable design over that of a stable arrangement include greater agility – particularly at subsonic speeds - reduced drag, and an overall increase in lift (also enhancing STOL performance).

EJ200 Overview
This Information focuses on the Eurofighter Typhoon''s powerplant, the EJ200 and the six high-end sub-systems incorporated into the aircraft's overall system architecture.

Eurofighter Typhoon is equipped with twin EJ200 engines to increase safety in peacetime and redundancy in war. The high reliability and subsequent availability ensure operational costs are reduced.

The Eurojet EJ200 engine is Europe’s latest high performance, advanced technology military turbofan designed to fulfil the demanding requirements for the next generation of combat aircraft.